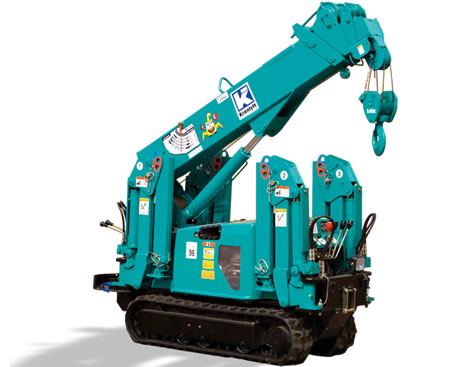 Designed for commercial and domestic lifting, the mini cranes are perfect for getting in and out of a tight situation. Lightweight mini cranes can be lifted to rooftops easily by tower cranes or elevators, to be placed on rooftops and lift materials from the ground. Mini Cranes are the perfect crane to use on a suspended slab where the building is being renovated and has limited access for other cranes to set up around the building. Due to the Mini Cranes weight and compact design, accessing narrow and confined spaced areas is not a problem.

The Mini Crane is a great solution for tight situations and is not compromised on capacity due to its size. There is no need to block roads for the use of bigger cranes and works normally carried out by tower cranes can be taken on by mini cranes, so shorter construction periods and cost cuttings can be achieved. 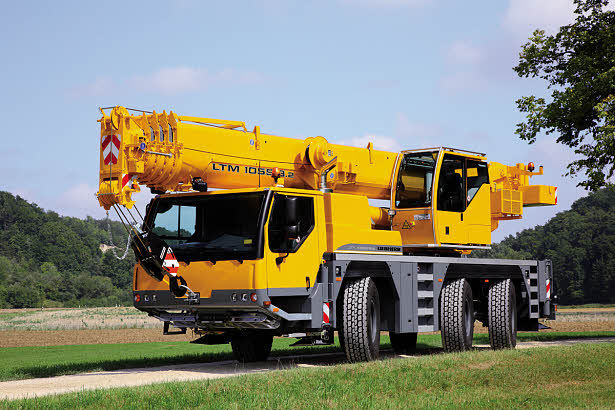 An All Terrain (AT) crane is a mobile crane with the necessary equipment to travel at speed on public roads and on rough terrain at the job site. Using all-wheel and crab steering AT’s combine the road ability of truck-mounted Cranes and the manoeuvrability of RT Cranes. AT’s will have between 2-9 axles and are designed for lifting loads up to 1,200 tons.

The All Terrain cranes are an extremely versatile workhorse and very popular for all types of lifting needs mechanical, Industrial and both Commercial and Domestic construction. With Highway speed capacity, manoeuvrability and all wheel steering these cranes can deliver on or off road, in almost all conditions and will get the job done. An All Terrain is the hulk of all mobile cranes as it has a ram that extends through the boom and pushes all the cranes sections out, and then tally back in, enabling this crane to have a greater lifting capacity. 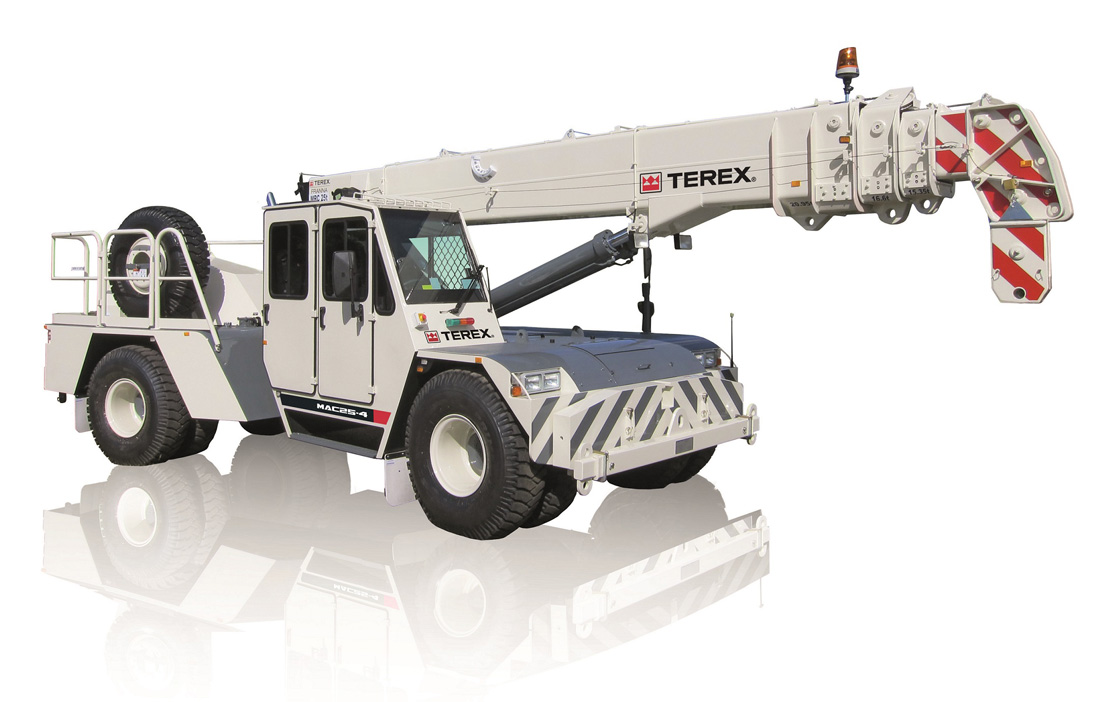 The Franna crane is your drive in and out, pick and carry solution. Franna cranes are designed to lift the load and carry it to its destination, within a small radius, then be able to drive to the next job. The franna is another crane that can manoeuvre through tight spaces and is a ‘pick and carry’ crane which is similar to a mobile crane in that it is designed to travel on public roads, however Pick and Carry cranes have no stabilizer legs or outriggers.

Nearly every medium and large sized crane company in Australia has at least one and many companies have fleets of these cranes. The capacity range is usually ten to twenty-five tons maximum lift, although this is much less at the tip of the boom. Pick and Carry cranes have displaced the work usually completed by smaller truck cranes as the set-up time is much quicker.

Pick and Carry cranes are popular in Australia where large distances are encountered between job sites. This machine was designed in the 1980’s by a man by the name of David Frances and are a true blue Australian invention. Since invention, one popular manufacturer in Australia was Franna, who have since been bought by Terex, and now all pick and carry cranes are commonly referred to as “Franna’s” even though they may be made by other manufacturers.